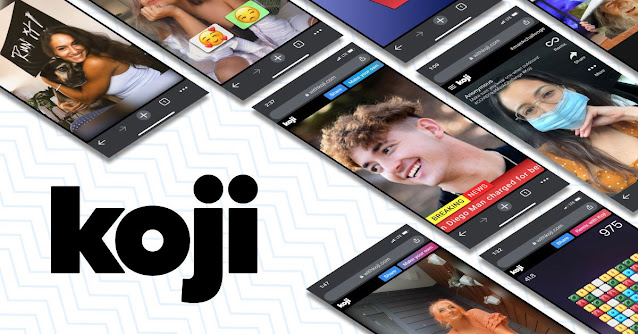 Imagine a world where you move around in your own personal sound bubble. That’s the possibility presented by “sound beaming,” a new futuristic audio technology from Noveto Systems. (Nov. 12) AP Entertainment

People with established social media followings can easily make money by getting people to support them on sites such as Patreon.

But what if someone wanted to sell a song, photo, e-book or whatever directly onto the News Feed of Facebook or Instagram or your Twitter timeline?

That’s the problem Dmitry Shapiro and partner Sean Thielen looked to solve with their Koji website, to create a vehicle for the “99%” of social media who don’t have the big audiences “influencers” get. They, too, should be able to “monetize their fandom” no matter how small a group it is, Shapiro says.

Koji has been in beta test mode for the last year but just opened up to the public in October.

“People are making in the hundreds of dollars,” Shapiro says. “Sometimes they get $20, something they see thousands. No one has made millions. Yet.”

More: Did you unbox a new iPhone 12? Here are the first 5 things to try.

Koji users include a podcaster who has created a course on how to do podcasts, which she sells chapter by chapter, and a fitness trainer from Venice Beach, California, who takes fitness questions from fans.

The beauty of the Koji format, Shapiro says, is that people don’t have to leave social media to support you, as they do if they go to Patreon or Cameo.

“Most of our stuff happens with one on one or group messages,” Shapiro says. And people are selling things they wouldn’t normally see on other sites. One man offers push-ups for charity.

“Most people on social media don’t have a large following, so they can’t get sponsorships,” he says. “But if you have anybody who likes you, here’s a way they can support you.”

Before Koji, Shapiro worked at Google, where he was a product manager on the now defunct Google + social network, and a top exec at MySpace.

His biggest idea was one that became widely successful, but without him. In 2005, he thought there should be a great video network online, a place where people could share their videos. He called it Veoh, and he began pitching it four months before YouTube launched.

Veoh lasted until 2010. Considering that Google paid $160 billion to buy YouTube in 2006, once it became a smash success, Shapiro isn’t bitter about what came of the video revolution and his potential participation.

“I’m weird,” he says. “I’ve always celebrated YouTube, I love it. I see it as my dream fulfilled. I wasn’t the one who succeeded in it, but the dream is success, and extremely powerful.”

Meanwhile, what’s a Koji anyway? It’s a Japanese word for a substance used to make miso soup. Shapiro and Thielen loved the sound of it, even it did prevent them for being able to buy the koji.com web address. That’s owned by a sushi restaurant in Portland, Oregon.

Capturing the moments of today that will wow your heart tomorrow. images, photos, making money online, health tips, fitness tips, how to make.
Previous A Running Coach’s Tips For Cold-Weather Motivation
Next Best Tips For Staying Healthy While Working From Home

How To Make $150 A DAY & Make Money Online For FREE With NO Website!

How to Withdraw Money From Google Adsense

Powered by WordPress | Designed by TieLabs
© Copyright 2021, All Rights Reserved